THE PAIRINGS OF NICOLAS ROCHÉ

The dish: Nigiri of Pan Seared Foie Gras, with its Jellied Juices 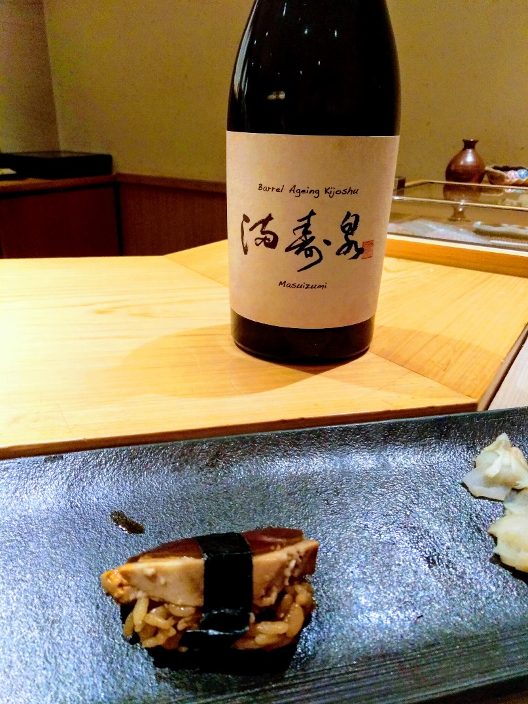 “A Kijoshu (water for diluting during the fermentation process and replaced by sake) aged in barrels. There is a touch of old Sauternes on the sweetness and evolutionary notes, served at higher temperatures. A fabulous pairing because we found a slightly sweet side that enveloped the foie gras but, unlike the Sauternes, we did not have the acidity which can be disturbing. Some very creamy mouthfeel with the rice that completed the finish with sotolon that expressed itself reminding us of certain great Oloroso. Often, I'm going to say that sake makes polite pairings, and we were really in that vein: the two got along perfectly in texture and taste. Above all, I was surprised by the versatility of sake and its different styles, which made me want to learn more about sake.” 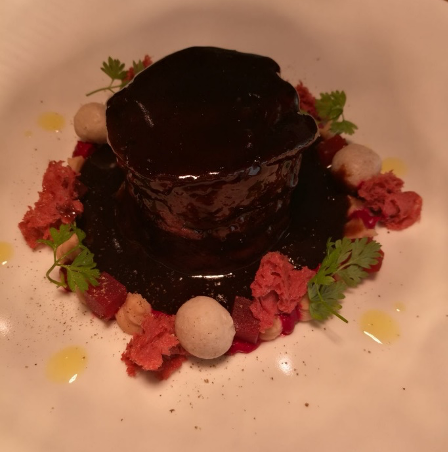 “What's interesting with sake when we create pairings with dishes: I think that since we have less knowledge at the beginning, we let ourselves be easily carried away by the aromas: we have fewer prejudices. That is to say: I smell a white wine and I say to myself I'm going with this type of dish, or this one, because I know it works. As for sake, and I had less knowledge at that time, it is the sake that came to tell me what it can go with. So, when I smelled the sake, it smelled like roasted cocoa/cocoa hulls: we were on a 3U undiluted, unfiltered, unpasteurized sake that was quite aromatic and very powerful. We were in the middle of winter, the chef Ivan Cruz was working on a hare à la Royale, and we know that in the hare à la Royale we can add a little bit of dark chocolate, it helps to bind the sauce and give notes of evolution to the dish. Finally, it was the drink that created the pairing because I had no prejudices, and I was traveling blindly, thanks to the aromatic science of molecular harmony.”

The simple pairing – At home 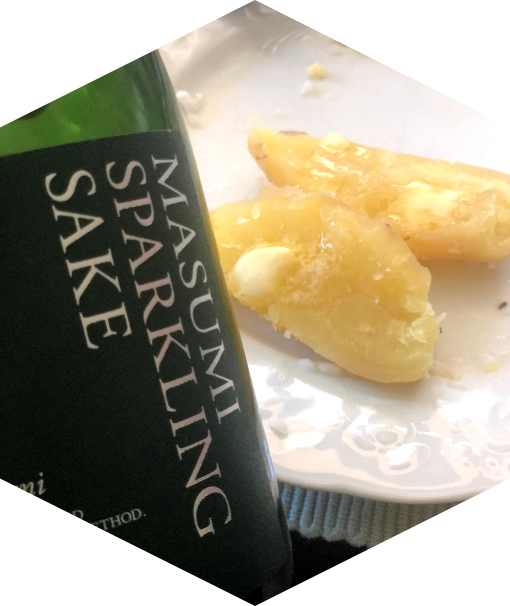 “Masumi sparkling sake from the Nagano prefecture is recognized as one of the great sparkling sakes. I found it fabulous with a simple dish: a potato with half-salted butter. Sometimes, it doesn't take much more to make a match: the bubbles lightened the dish, the texture of the potato became almost airy, and the salty touch of the butter enhanced the sake's umami. At the same time, the fermented side of the butter and the starch of the potato would marry with the sake.

I had a hard time finding wine for this pairing, but they say sake is the opposite of wine. In general, where wine doesn't go, sake goes! It shows us its versatility and how you can handle completely crazy things.”

Pairings
THE PAIRINGS OF FRANÇOIS CHARTIER