THE YEAR OF CHARTIER 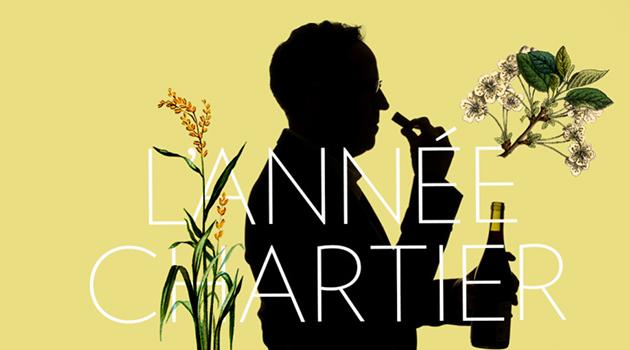 Crowned the World’s Best Sommelier at barely 30 years of age, François Chartier is today revolutionizing the world of oenology and cuisine. The year ahead promises to be exceptional for the man who is juggling several high-level projects, including the development of a new type of sake in Japan.

François Chartier will be very busy in the coming weeks. Between the international Science & Cooking Congress in Barcelona, where his association with Sony’s AI x Robotics x Cooking project will be officially announced on Tuesday (see the Arts & Living section), and his presence at the South by Southwest Festival next Saturday, François Chartier will also be the star of a gourmet meal at Dos Palillos in Barcelona on Thursday, which will revisit the major stages of his 30 years of “aromatic madness”.

Exhausting? Perhaps, but above all exhilarating for the creator of “molecular harmonies” aromatic science who thrives on challenges. Driven by boundless curiosity, he seems to have only one fear: to move too far away from research.

“I need to keep researching, to take my [aromatic] science even further. I have always said: this science is bigger than me. All I want is to inspire others to use it.”

BREAKING THE RULES OF SAKE

The Quebecer, who now lives in Barcelona, has never been afraid of boldness. His sake project in Japan is proof of that.

The first (Junmai sake), Tanaka 1789 x Chartier, will be launched worldwide in the 2020. Another (Daigingo sake) will follow later in 2020, and the first sparkling sake will be launched after.

By reinventing sake, François Chartier is shaking up an ancestral art in which every gesture is almost ceremonial.

“My idea is to bring sake closer to wine.” - François Chartier

How? By creating, for the very first time, blends from different types of sakes. Because if the art of blending already exists in the world of wine, champagne or scotch, this is not the case with sake.

How can we convince the Japanese to change their way of doing things? “The answer is always in the glass” says Chartier, who made his first visit to the brewery on the northern of Japan in September 2018. He gave the brewery staff a blind tasting of different vintages of sake; the last three were blends.

“They found the first three good and the last three extraordinary, and they wanted to know what they were. I said, "These are not my sake, these are your sake, that I’ve blended!" The door was opened to convince them.”

Revealed for the first time at the Montreal event SOMM360 in November, Chartier’s sake delighted the sommelier community. “The blends change everything. Sake no longer tastes at all like alcohol, it has a length in the mouth, a harmony, a light mineral grain... It lets the aromas speak for themselves,” he explains, visibly proud of his coup.

François Chartier returned to Japan in January to witness the production of his first sake. Beyond the blends, he intends to have an impact on the entire production method, including the polishing of the rice (as the koji type, the yeasts selection, the temperature of fermentation...).

“The Japanese look for purity in everything and that's why they polish the rice. But would you remove the peel from the grape before making wine? We have to stop! I'm not the only one saying it. There’s a generation of young sake brewers who are starting to polish less”, says the man who convinced the brewers to polish the rice to retain up to 70 % of the grain rather than just 30 % or 40 %.

Once again, it is his aromatic science that shows him the way forward. “I've studied the composition of rice a lot. In everything they remove, there are amino acids – including umami – minerals, vitamins, flavor precursors!”, he says.

Chartier doesn’t hide it. The next step he sees taking shape is the creation of fragrances. “I've been dreaming of making perfumes ever since I started in the science”, he says. It’s even more complex than wine and gastronomy, because it’s work with pure molecules!”

He has started exploring this avenue in a few recent projects and is looking forward to the next challenge: creating ambient fragrances for a hotel chain in Japan.

Obviously, he doesn’t intend to do things like everyone else! “Hotels will often develop an air freshener with perfumers, but it will be the same throughout the hotel. And after 10 minutes, the problem is that you can’t smell them anymore! I think every place deserves an aromatic signature, and that’s what I suggested. This is going be fun!”

In the summer of 2018, the Picasso Museum in Barcelona presented the exhibition In Picasso’s Kitchen, which brings together works by the Cubist artist devoted to the kitchen. Chartier developed the installation Smell to See Picasso for the museum, which invites visitors, armed with their "Aromastick" – a small individual diffuser popular in Japan – to “smell” 10 selected works.

The Beso restaurant at the Sofia Hotel in Barcelona gave Chartier carte blanche to reinvent its wine list. The result? An “aromatic menu” of seven “flacons” containing mixtures of molecules created in collaboration with Catalan perfumer Ramon Monegal. Customers can thus choose their favorite aromatic family, from which the Sofia sommelier proposes wines and other beverages.

Even though he lives in Spain, Chartier maintains very close ties with Quebec. In addition to announcing in November 2018 the creation of the Chartier Scholarship for sommelier graduates of the École hôtelière des Laurentides, he joined the VisezEau project by producing short capsules for young people on the taste and aromas of “cooking” water. 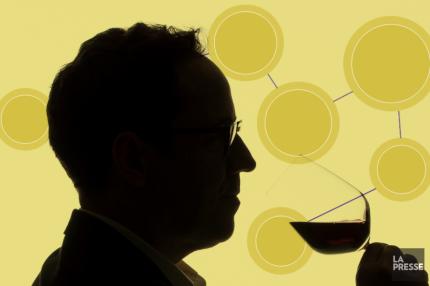 News
IN THE HEAD OF CHARTIER