FRANÇOIS CHARTIER, HIS SAKE TANAKA 1789 X IS "TOO MUCH" 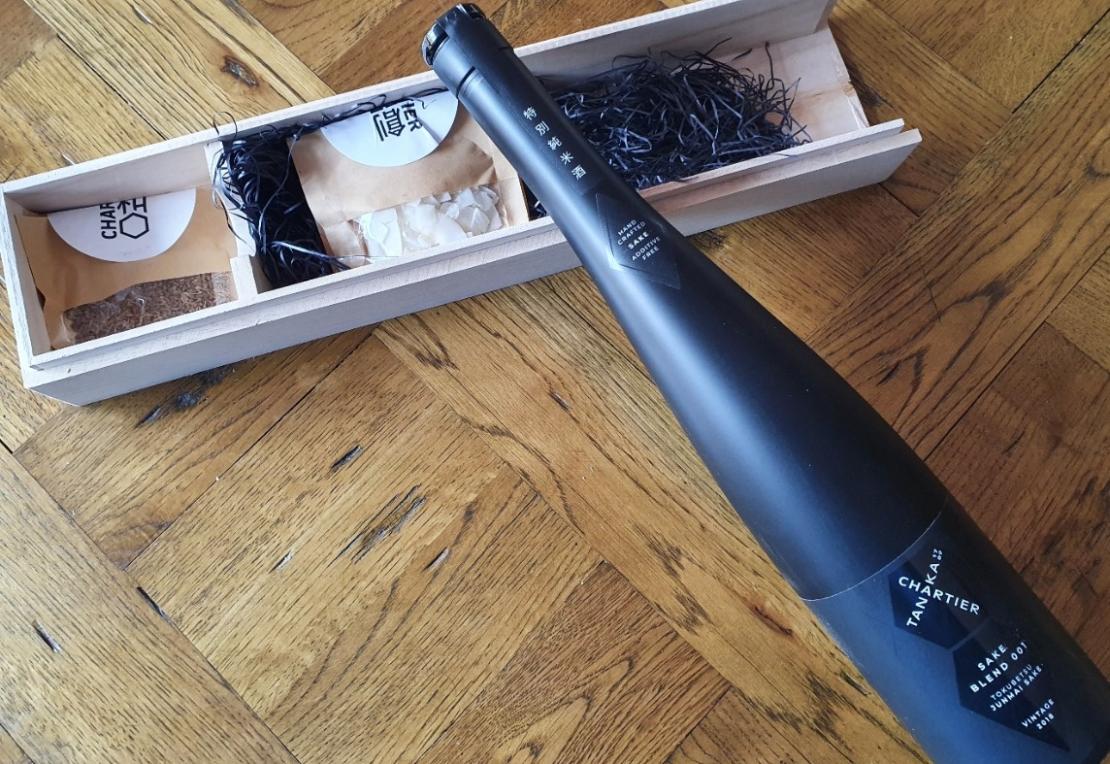 Fascinating, brilliant, unique... François Chartier, whom I have known since the explosive times of elBulli, the man who has managed to domesticate the molecules of wine and spirits by allying them in the provocative gastronomy of harmonies, has struck again with a sake that, for the first time in the history of Japan, is made in "blending".

The never seen before: the Tanaka 1789 X Chartier. You can't even imagine it...
Recommended music with this sake: Memories of Hiroshima (Stomu Yamash'ta's Red Buddah Theatre)

That was Chartier's name when he started working with Ferran Adrià and when he broke everything down with his book "Taste buds and Molecules" and his revolutionary method of "Molecular Harmonies" organoleptic interaction in gastronomy (we remember his suggestive work, 2 years ago, with chef Carles Tejedor at the Hotel Sofia in Barcelona).

That innovative path that began at the beginning of 2000 has led François, after years always in the first and most daring line all over the planet, to subvert (virtuously) the very alcoholic essence of Japan, sake, creating something never seen before there: a "blend" from different sakes of the legendary Tanaka Shuzo Sake Brewery Co, which holds the most ancestral secrets of this drink. Tanaka 1789 X Chartier.

Chartier's idea, to recreate a sake that was dreamt of, came. Sauvignon Blanc from Sancerre and Chardonnay from Burgundy, aromas and structures. Something unimaginable a priori. But something that also seduced the Master (toji - Morikawa San) of the distillery. And so, treading where no one had trodden before, they began to work on the rice and the processes (always craftsmen) until they achieved "new" more structured sakes which, later, were the harmonic elements of the final blend. Seven sakes in total.

The 2018 I have in my hands is the sum (or another more complicated mathematical operation) of all the above.
To it. I chew on anise seeds, as François indicates. Soft anisettes, basil, yes. Chic acidity... I chew coconut shavings, following the instructions. I wake up the fruits, peach, pineapple, truth, and coconut... Is it a wine?
And closing my eyes I let myself go to the final umami...
"There are other worlds," said Paul Éluard, and some of the most subtle and delicious ones are in this sake.